10 Jokes That Everyone Completely Missed On FRIENDS

The FRIENDS TV show is undoubtedly one of the hilarious and relatable shows we have ever seen. Even though it is not very old, it is still considered a classic show. There are lots of jokes in the series that are pretty much timeless and can make you laugh, no matter what. While most of the jokes featured on the show were pretty obvious, some of them were a little bit harder to figure out. Since the fans have watched the show multiple times, they have finally found out the real meaning of the jokes that they missed before. 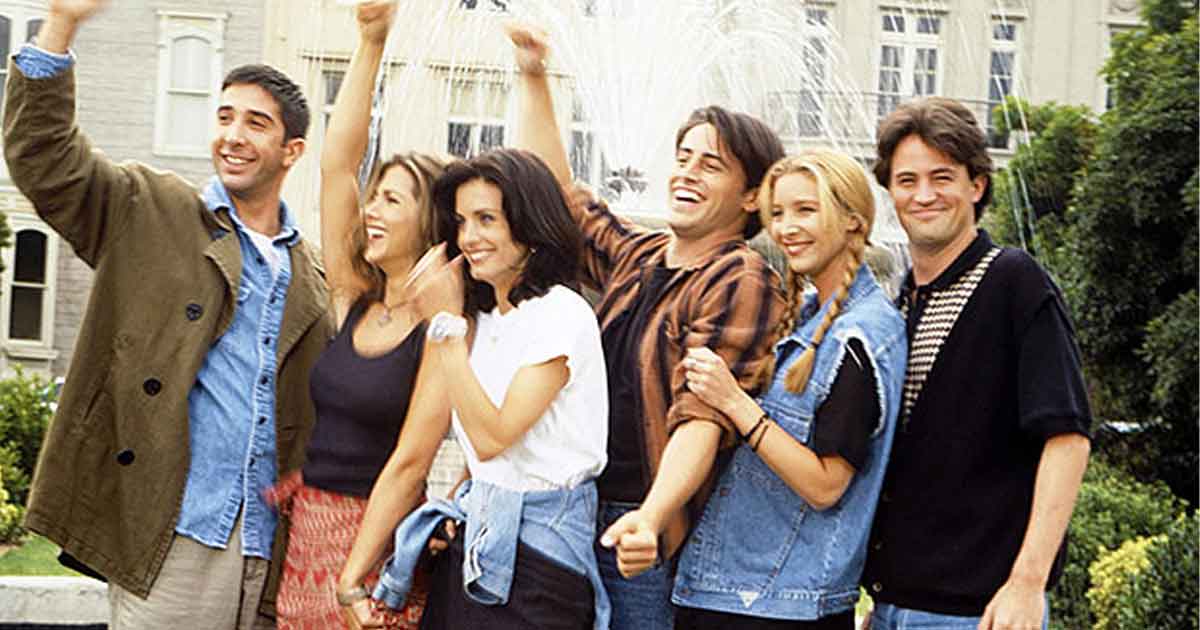 For example, Phoebe gave Monica a haircut in the episode called “The One With Ross’s New Girlfriend”. It made Monica look like actor Dudley Moore. Once Chandler checked it out, he commented that it looked like a “10”. Few fans know what they meant, but most fans who became a fan recently, won’t know much about the reference.

So, let’s get started with some of the jokes that we have completely missed while watching FRIENDS:

1. The One Where Chandler Lost His Toe

Do you remember a Thanksgiving episode where all the friends shared their worst Thanksgiving from the past? In this episode, it got established that Chandler is the “King of worst Thanksgiving”. In this episode, Chandler and Ross were in college, they both went to Ross’s parents to celebrate Thanksgiving, and it was there where he lost his toe in a knife accident. What you don’t know is that he actually lost his toe in an accident when he was a kid. This scene was used by the cast and directors to make fun of Matthew Perry and not just Chandler.

2. The One Where Rachel Goes On A Blind Date With A Stoned Guy

In season 9 of the show, Rachel asked Phoebe to set her up with someone as she was done with her whole pregnancy period. So, Phoebe tried and set her up with the stoned and weirdest guy in the world. During the date, Rachel asked him about his restaurant. Well, if you haven’t noticed, he was the same guy who came to Monica’s place so that he could test her cookery skills for the position of head chef.

3. The One Where Joey Forgot His Pin Number

In “The One In Vegas: Part 1,” Joey revealed his ATM pin number. Over the phone, Joey told Phoebe that he needs his ATM pin number since he forgot what it is. He also left it scratched on the side of a nearby ATM machine. Later, Phoebe asks him if it was “5639.” The joke is that 5639 spells out Joey’s name on a dial pad. This was a pretty intelligent joke that no one seemed to pick up.

4. The One With The Spanish Joke

In the episode called “The One With The Baby Shower,” there was a pretty hilarious Spanish joke. During the baby shower ceremony, Rachel and her mother were having a talk about the difficulties of raising a child. While talking, Rachel’s mother suggested Rachel should hire a nanny. They start talking about the nanny Rachel had who even taught Rachel a little bit of Spanish. While talking, Rachel recalled that her nanny was sweet and taught her to say “Tu Madre es loca” which means “Your mother is crazy”.

5. The One Where Phoebe Gives A Haircut To Monica


Phoebe gives Monica a haircut in season 2 in the episode called “The One With Ross’s New Girlfriend”. Monica asked Phoebe to try out a haircut like Demi Moore on her. However, Phoebe confuses it with Dudley Moore and cuts her hair like him. After seeing her, Chandler commented that it looked like a “10”. If you don’t know, it was a reference to one of Dudley’s most famous films, “10” where he sported the haircut that Phoebe gave to Monica.

6. The One Where Rachel Makes A Bad Coffee

Most of the jokes about Rachel’s awful coffee-making skills are pretty obvious. However, there was one time when her coffee killed a plant. Rachel was still getting used to doing certain things on her own in the first episode of FRIENDS and she attempted to make coffee for the first time. She served that coffee to Chandler and Joey and it tasted so bad that they had to through it in the plant vase on the table. Well, the hilarious part is that later on, the plant died as it was never again seen in consecutive episodes.

7. The One Where Joey’s Name Was In Crossword Puzzle

On several occasions, we have seen Rachel solving crossword puzzles in the show. Once while doing a puzzle, she got “Joey Tribbiani” as the answer to one of the blocks. Excited Joey, takes the magazine from her and reads- “Three down, Days of our Lives star blank Tribbiani. That’s me!! I’m Blank!!” If you still missed it, Joey Tribbiani played by Matt has his last name similar to Blank! So Matt “LeBlanc” was the pun intended in this dialogue.

8. The One With Captain Joey

In season 6, Monica and Chandler got engaged. At Central Perk, Rachel and Phoebe were discussing how happy they were for Chandler and Monica. Suddenly, Joey came in to ask if they have seen Chandler. To which Rachel replies, “Wh—no, but you know who did stop in here looking for you, Tennlie!” If you don’t know, Captain and Tennile were a famous duo back in the 70s. The husband-wife team was a well-known American singing artist where the guy used to wear a hat as Joey did in that scene. So basically, the joke was all upon Joey’s appearance as a captain of his ship.

Chandler made a joke about a mime that was named Marcel Marceau in the episode “The One With The Prom Video”. Joey got Chandler a friendship bracelet because they were best buds. However, Chandler felt that the bracelet was really ugly and he vented about it to Phoebe. While Chandler was busy venting, Joey caught the two of them, and Chandler then tried to make Joey believe that they were doing impersonations. He suggested that Joey does his impersonation of Marcel Marceau. Joey got angry at the situation and just walked away. Little did we know, that Marcel Marceau was a mime, and the fact that Joey just walked away like a mime to express his anger, makes the whole thing as funny as it is.

We all know that how weird Phoebe can be. Once, Monica finally built up the courage to tell the gang that she was breaking up with Allen. She said it while they all were hanging out at Monica’s place. However, when Monica starts talking, Phoebe asks her to wait and says, “Wait, I am getting a déjà vu. No, I am not.” If you are the one who missed it out, then just try to understand that the confusion between yes and no was a typical “déjà vu”.

These were some of the jokes that many fans might have completely missed out on while watching the show for the first time. Well, if you have noticed any other joke in the show, that is difficult to understand then do let us know in the comment section below.