10 Life Lessons FRIENDS Taught Us For A Happy Life

Most of our favorite ways to pass time are inviting a bunch of friends over, cuddling up to two pizzas, and going on a FRIENDS marathon. It rarely happens that a television sitcom can surpass generations and still be popular. FRIENDS continues to be everybody’s favorite show even after it is been 17 years since the show ended. The show managed to relate very well with its audience of yesterday and today despite it being from the 90s. We’ve often wondered which character we are – Rachel, Ross, Monica, Chandler, Phoebe, or Joey. Not only because it was popular, but also because it taught us so much about life.

Here is a list of the top things that FRIENDS show taught us for life:

1. Life Is Not Always A Bed of Roses 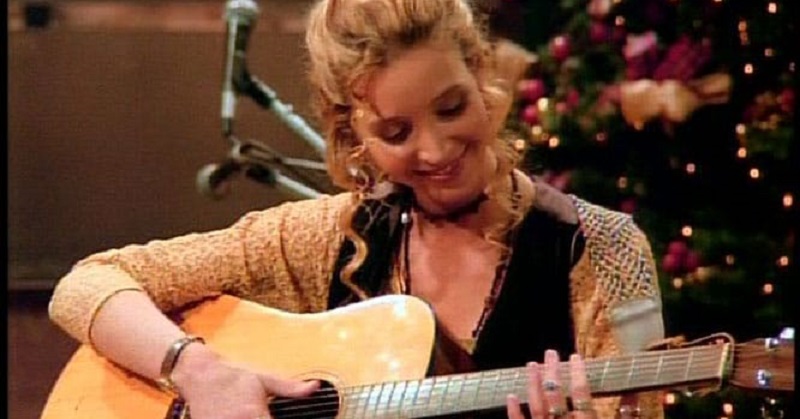 All throughout the ten seasons, the characters of FRIENDS went through their ups and downs. They faced failure, heartbreak, and many other obstacles in life. They still managed to keep their head held high while facing the challenges with determination. However, Phoebe was the one who especially has dealt with too many difficulties in her life. After her mother killed herself, she grew up on the streets, and her father was in prison, from what she knew about him. She still remained happy and managed to set her life straight despite each and every problem she faced. She proved to us that life isn’t always a bed of roses and we need to go through everything to live our life to the full extent.

Remember how Rachel decided to make her own living and cut her credit cards? It taught us that starting over is always difficult, but never impossible. Instead of marrying Barry and living a luxurious life, she chose to move to a strange city and leave behind a comfortable life. She definitely proved that she could be a hat or whatever she wants to be.

Chandler on the other hand proved we can start over even at a later age. He quit his job doing statistical analysis and data reconfiguration while choosing to go for advertising stream instead. Despite all the benefits he enjoyed, he chose to quit a job that he hated, only to do something that he actually loved.

FRIENDS assured us that it’s okay if all our plans don’t go the way we have thought. In one episode, Rachel realizes that her other friends are all successful and she is merely a waitress. She freaks out and manages to get Monica and Phoebe to think about it as well. However, she realizes that she doesn’t really want a luxurious life by the end of the episode and merely wants to be around her weird lovable friends.

4. How To Be Broke And Happy

We see the characters lost jobs and found new ones throughout the series. They proved that you don’t need financial stability to be happy. Joey was one of the happiest characters in the series and he was broke for the better part of the show. Phoebe’s job as a masseuse didn’t make her rich but she was quite happy in her life. Rachel worked as a waitress for the first season but hardly looked sad. Monica worked at a 1950s themed diner while Chandler worked for an advertising agency for free for some time. They didn’t let money matters affect their happiness ever.

5. Break-Ups Aren’t The End Of The World

We see the characters go through heartbreak at one point or the other. While Chandler breaks up with Janice multiple times, Ross is a disheveled mess in the first episode after his divorce. Richard and Monica went through a brutal breakup. Phoebe was heartbroken after breaking up with both Mike and David. But every relationship which didn’t work out was clearly the wrong one. They got through the breakups and moved on. Ultimately, they went on to meet the person they were destined to be with.

6. Being Weird And Different is Fun

The characters of FRIENDS had their own unique personalities. However, Phoebe never seemed to fit into the box. She was always eccentric among them all. And she practically showed us that it is not a bad thing. While others thought that was weird, she saw the world from a different angle and saw it the way she liked it. Since being yourself and doing what you want to do feels so good, you should never be what society wants you to be.

Even though FRIENDS characters may have technically been adults, they were all kids at heart. Even the ‘mom’ of the group, Monica sometimes was a kid. While Chandler choked on G.I. Joe toy, Joey with his childish personality warmed our hearts. And how can we forget when Phoebe learns how to ride a bike. They taught us that one should never let their inside child die.

8. To Be Happily Single

This show showed us that being single is not a bad thing and one should not feel bad about it. By the end of the series, Joey wasn’t married or in a relationship, and yet he was content. He may not have had a romantic relationship but he still loved his friends more than he would have loved any girl. Do you remember, the way he broke up with Janine just because she did not like Chandler and Monica?

9. True Love Always Works Out In The End

While Joey was single, the other characters did find true love by the end of the show. It showed us that despite all our faults, there will always be a person who will love us. Chandler and Monica were complete opposites yet they managed to fit perfectly like a jigsaw puzzle. Phoebe found her true love in Mike and married him. Well, Ross and Rachel were each other’s lobster.

The characters on the show go through a million things in life. However, they have always been with each other, no matter what. All that matters in life is to have people who look out for you. Whether they join you in making bad decisions or stop you from making bad decisions. Either way, life is just a little bit more magical when your friends are around to share it with.