10 Signs That You Are Rachel Green In Your Friends Group!

Rachel Green is one of the most memorable characters in FRIENDS. After her role in the show, Jennifer Aniston became one of the biggest stars of the early 2000s and the 90s. She is essentially the protagonist of the show. The series begins with her walking through the door of Central Perk to the group. Being Rachel Green looks pretty neat. You have amazing friends, they always catch you when you fall, and among these friends, one is madly in love with you ever since high school. However, Rachel proved that she is much more than just a pretty face throughout the seasons.

The character of Rachel Green is inspired by real-life girls like you or your friend. That is why it’s nothing surprising to find close similarities between the two. And trust me it’s not that difficult to be so. So, today we’ll try to find out if you are the Rachel Green of your group. Let’s check out some of the traits of Rachel Green to know:

You’re the one in your friend group who struggles to run errands as effortlessly as your typical Monica would. She’s the type of person who would easily overlook anything. What makes Rachel naive is also the fact that she assumes the best of people. During a Thanksgiving episode, she was hyper to realize that Ross made fun of her in high school. Well, you shouldn’t be because you were the most popular girl in school and they surely did.

Rachel definitely felt like everything belongs to her because she came from a rich family. She felt humiliated when she was the waitress for Central Perk but soon realized that she needs quite a bit of skill to handle that job well. Rachel also called the job “demeaning” when Monica had no choice but to take a lousy job. It would probably crush your spirits completely if you’re like Rachel.

3) You Are Often The Center Of Attraction

Rachel always stole Monica’s thunder, be it her engagement or her wedding. She also kind of stole Monica’s baby name but Monica approved of it. So we let that pass. But the other two were major thunder stealing. So, if at your friend’s birthday party, you take all the attention, then you’re surely Rachel.

4) Someone From Your Group Is In Love With You

People tend to develop crushes in every dynamic friend group. Sometimes they start a very serious relationship and sometimes they just have one-night stands. Rachel’s type of person is the most charming one. That is why it often happens that another friend is desperately in love with her. And, it’s only Rachel that’s oblivious to the glaring truth. You probably don’t even know someone secretly loves you if you’re a complete Rachel. However, it probably didn’t take you long to realize you’ve got a secret admirer if you’re a little bit more aware of your surroundings than she is.

5) Friends Feel Protective Of You 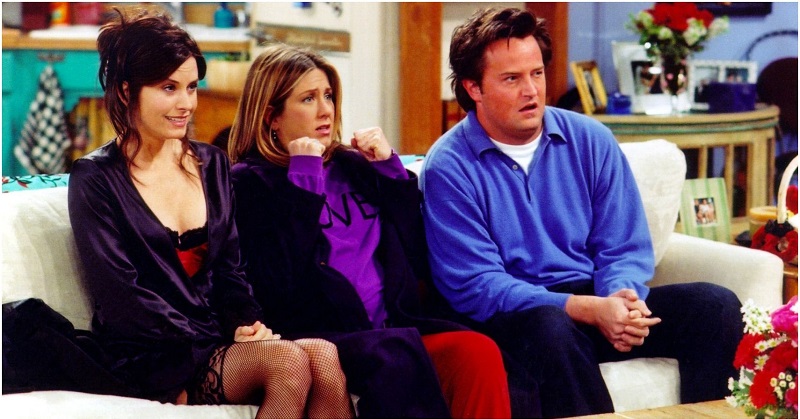 Rachel told Monica that she is grateful for everything she has done for her in one of the show’s most sentimental scenes. She firmly believed that she wouldn’t be there that day without her friend’s unwavering support and was always grateful for that. People like Rachel thrive when they get a stable and firm support system. However, not everybody is lucky enough to have that kind of support. You should thank them every once in a while if you do have.

6) You’re The Luckiest One

When Rachel comes in the pilot episode leaving her family behind, she had no money, no job, and worse, no job experience. Despite that, she somehow did exceptionally well professionally. Not that she didn’t deserve it, she worked hard. However, many equally capable people never get what she achieved in such a short span of time. So, if you are lucky enough that things just happen for you, make it count.

7) You’re The Princess Of The Group

Before joining the friend’s gang in the pilot episode, she didn’t have to lift a finger in her earlier life. She comes rushing to the Central Perk leaving her life behind. And she was well-accepted by the group of five friends making it six. They always come rushing to help her before she even asks for it. So we can very well say she has always received treatment like a princess and nothing less than that. So do you get the same treatment around you?

Rachel finds it hard to forgive her partner’s transgressions. You can see that in the famous “We were on a break” dilemma. She truly thought that Ross would never hurt her. However, she made a point to never ever let him forget the time he actually did hurt her. Rachel had every right to be upset but the duo was too stubborn to have a civil conversation about it as well. As a result, it made things worse between them.

9) You Are The Fashionable One

There is always one person in every group who is very fashionable and obsessed with how they look. In the show, Rachel’s outfits screamed the fashion trend of the ’90s and on the other hand, Phoebe couldn’t care less about it. So, if you care about your outfit even if you are chilling at home, then you are Rachel Green.

10) You Have Transformed In Front Of Your Friends’ Eyes

Rachel’s success in life was something that the whole group was rooting for. She preferred Monica made all the decisions for her and always shared where she stood career- and relationships-wise. Rachel was an independent woman and changed the most out of all the people on the show. She would’ve been a bored and lonely housewife if she simply followed the path she was going to take on in her early 20s.