The One Where The FRIENDS’ Cast Reveals Their Personal Favorite Episodes

The cast of FRIENDS has spoken out multiple times about the show and its many memorable moments while looking back with a smile. Courteney Cox, Jennifer Aniston, Matthew Perr, Lisa Kudrow, David Schwimmer, and Matt LeBlanc starred in 236 episodes over 10 seasons. There were many favorite moments apart from the show that didn’t make it onscreen. For instance, the cast breaking between scenes. Those of the scenes are now called bloopers.

In an interview with Variety in June 2020, she explained an incident where she was with Courteney Cox, and they were trying to find something of old FRIENDS things to reference. When they started searching, they stumbled on bloopers online. After that, they sat on the computers like nerds and were laughing at themselves. She also revealed she watches the show frequently. While watching the episodes, she also remembers the time the cast made each other laugh between cuts. 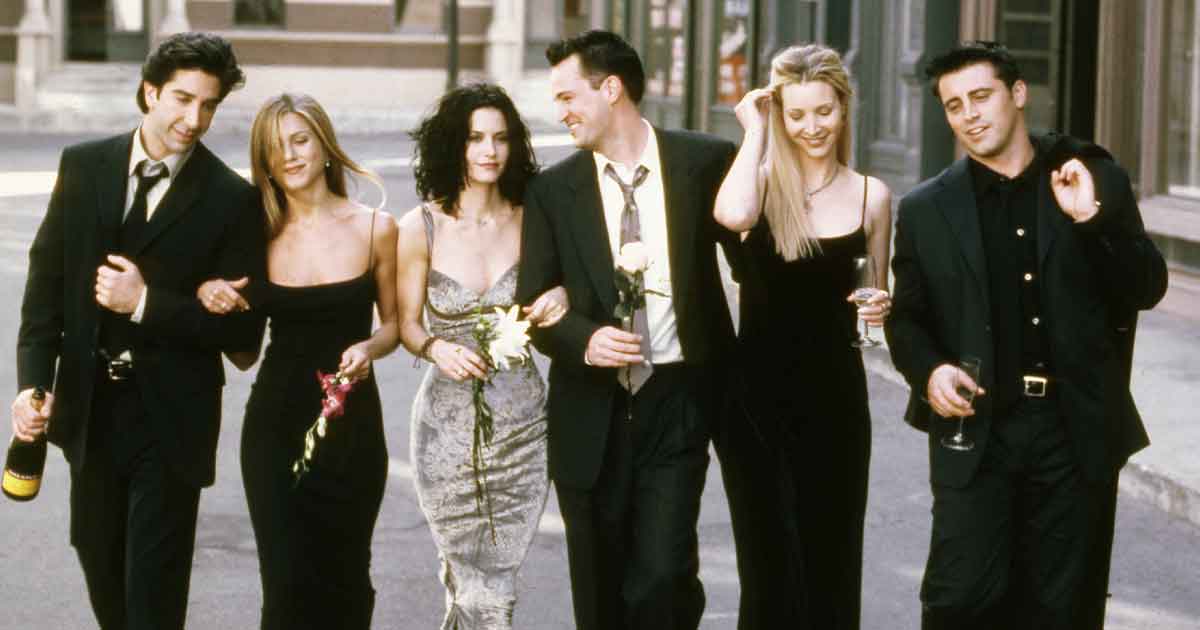 Each cast member has episodes that they love in different ways. Since Kudrow hasn’t watched much before, she and Aniston both said they hope that the entire cast can watch the show as a group sometimes. Kudrow reveals that she has a very fond memory of the episode where the group learns of Monica and Chandler’s secret relationship. She said that she stole “My eyes! My eyes!” from Matthew Perry because he is the only one who would say things like that.

After watching the series for an umpteenth time, FRIENDS fans have ranked the best and worst episodes of the show throughout these years. Little did we know, the main cast of FRIENDS has their favorites as well. That’s not all, they also have some interesting reasons behind loving those episodes. So, scroll through the gallery below to know each actor’s favorite episode.

Courteney Cox – The One With The Blackout 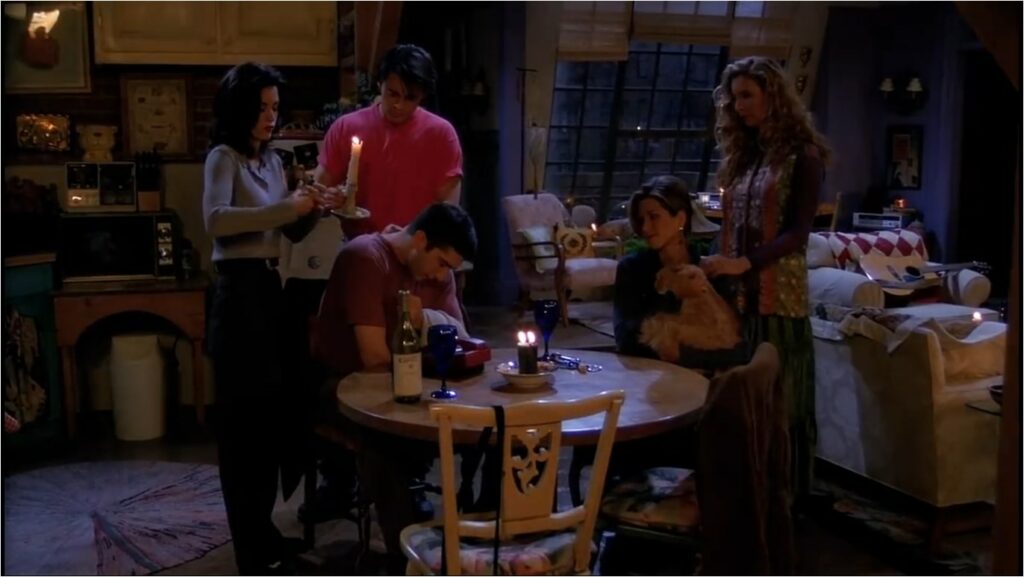 FRIENDS saw the episode “The One With The Blackout” in season 1. In the episode, Paolo (Cosimo Fusco) was added to the potential relationship between Ross and Rachel. There was a blackout in New York City in this episode where everybody was telling stories at Monica’s apartment. However, Chandler was trapped with Victoria’s Secret’s model Jill Goodacre in an ATM vestibule. On the other hand, Joey encourages Ross to tell Rachel how he really feels. Unfortunately, a cat jumps to Ross’ shoulder when he’s trying to do so on the balcony. To find the owner of the cat, Rachel and Phoebe go knocking on every neighbor’s door, and they finally find Paolo.

In the 2016 FRIENDS reunion, Courteney Cox said that “The One With The Blackout” is one of her favorite episodes. She loved the part when “the cat was on Ross’ back”. Undoubtedly, the scene was hilarious when Ross tries to shake off the cat while Monica, Phoebe, and Joey sing inside, completely oblivious to Ross’ struggles. In 2016, Schwimmer told Glamour, that even though it wasn’t his favorite episode, he definitely loved doing it.

Matt LeBlanc – The One With George Stephanopoulos 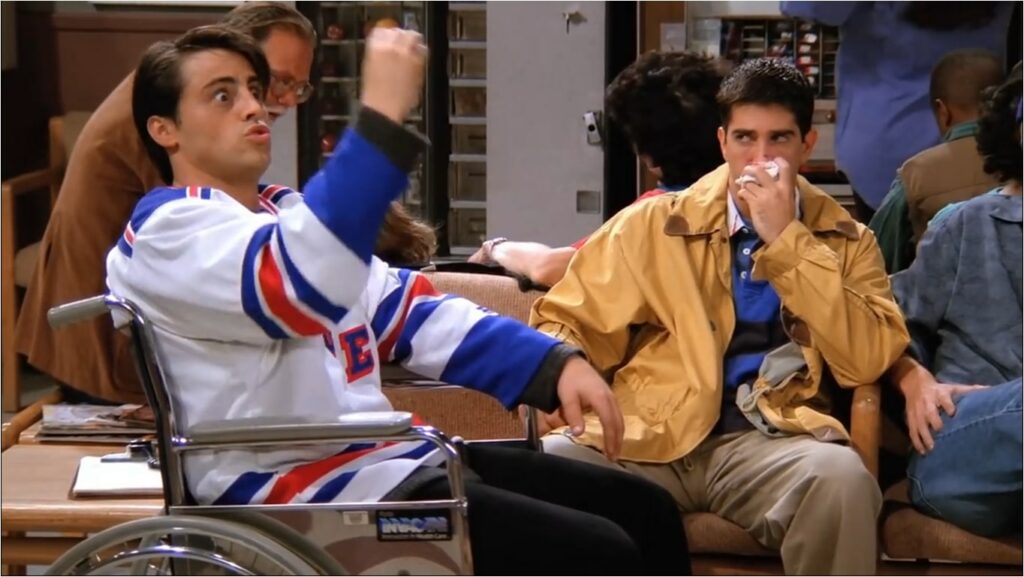 Another favorite of the main cast is “The One With George Stephanopoulos” which was in season 1. This episode saw Rachel, Phoebe, and Monica doing a slumber party where the three women drink all the “Tiki Death Punch”, eat cookie dough, and order a pizza. However, the delivery boy brings them the wrong order. The order was supposed to be for President Clinton’s press secretary, George Stephanopoulos. The girls then spy on George and his date on the balcony. Apart from that, before reconciling as George drops his towel, they even get into a minor fight.

Meanwhile, Chandler and Joey along with Ross go to attend a New York Rangers game. They were trying to cheer up Ross because that was the day when he and Carol slept together for the first time. Unfortunately, they have to rush to the ER because Ross was hit in the face with the puck. Matt LeBlanc shared that “The One With George Stephanopoulos” is one of his favorites. During the 2016 reunion, he shared that Joey was playing with the puck in ER and was trying to hit himself like it did Ross. That Joey moment was suggested by director James Burrows, and Matt loves it.

Jennifer Aniston – The One With The Prom Video

FRIENDS saw the episode “The One With The Prom Video” in season 2. It was a key moment in Ross and Rachel’s relationship. In this episode, Joey gives Chandler a gold bracelet called ‘Best Buds’ as thanks for everything Chandler has done for him. On the other hand, Monica considers borrowing money from her parents after having a terrible job interview at a restaurant. Also, Rachel refuses to forgive Ross for making a ‘pros and cons’ list for her. Meanwhile, Ross and Monica’s parents bring her boxes with all her stuff because they were turning Monica’s old room into a gym. That boxes included a tape of her and Rachel getting ready for their senior prom.

In that tape, Rachel’s date seems to have stood her up. At that time, Jack tells Ross to take her to prom. Unfortunately, Rachel’s date arrived and she left with Monica just when Ross prepared to come down the stairs in a tuxedo. The video ends with a heartbroken Ross. However, Rachel stands up and kisses him after seeing the video. After this, their relationship started officially. Jennifer Aniston shared during the 2016 reunion that the flashback episode have a special place in her heart. She loved flashbacks of Rachel’s pre-nose job, Ross with his afro, and fat Monica.

Lisa Kudrow – The One With Joey’s New Brain 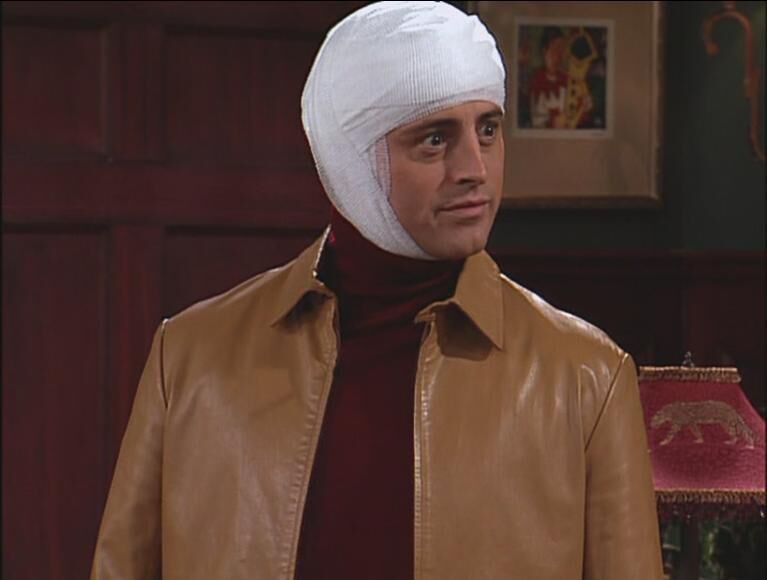 FRIENDS saw the episode “The One With Joey’s New Brain” in season 7. In this episode, Joey’s character Dr. Drake Ramoray in “Days of our Lives”, finally comes out of a coma after getting a transplant of a woman’s brain. On the other hand, Ross announces to Monica and Chandler that he’s preparing a surprise for their wedding. Meanwhile, Rachel and Phoebe notice a cute man left his cell phone at the coffee shop, Central Perk. They tried to go on a date with that guy but it turns out he was just the assistant of the real owner. And, the real owner was actually a 60-something-year-old man.

Lisa Kudrow said in an interview with E! in 2017 that when Ross playing bagpipes was the favorite part of this episode. At the end of the episode, Ross shows his “skills” and invites his friends to sing along. Among them, Phoebe is the only one who “sings” along with whatever Ross is playing. This is her favorite episode because Kudrow couldn’t keep a serious face while filming the episode.

David Schwimmer – The One With The Holiday Armadillo

FRIENDS witness the arrival of the Holiday Armadillo in the episode “The One With The Holiday Armadillo” in season 7. In this episode, Ross finds the perfect opportunity to teach his son about their Jewish heritage because he was going to have Ben on this holiday. However, Ross’ plans don’t go as expected because Ben wanted Santa on Christmas. Unfortunately, Ross couldn’t find any Santa suit, but he does find Armadillo suit. Later, Ross tries to teach Ben all about Hanukkah. But again, it was about to blow up because Chandler arrives dressed as Santa Claus.

So, Chandler stays with Ben while the Holiday Armadillo tells them the story of Hanukkah. Even though Ross again got interrupted by Joey, Ross finish his story, and they light the Hanukkah candles. David Schwimmer revealed that he had a great time shooting that specific episode. He hopes to show that episode to his daughter one day. The randomness of the costumes in this episode made this even more fun.

Matthew Perry – The One With Ross’s New Girlfriend 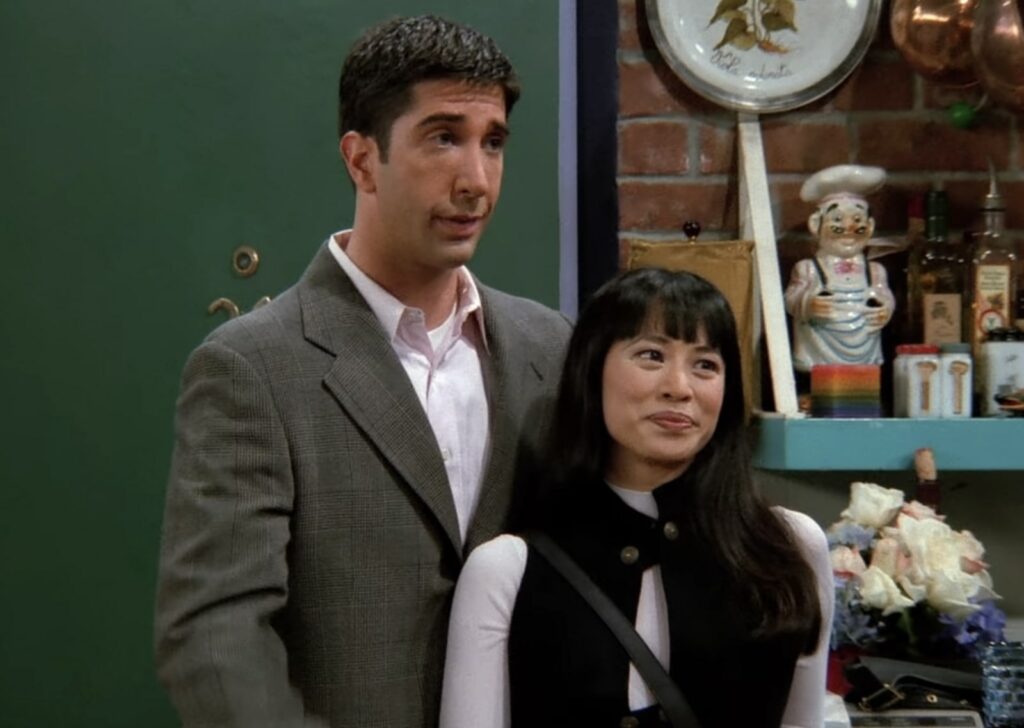 FRIENDS saw the episode “The One With Ross’s New Girlfriend” in season 2. In this episode, Chandler goes to Joey’s tailor and has a traumatic experience, Monica convinces Phoebe to cut her hair but it has disastrous results, and Rachel decides to tell Ross what she feels about him. So, she went to the airport to receive Ross. However, Ross returns from his trip to China with Julie, his new girlfriend. Rachel gets back with Paolo for one night as she has a really hard time accepting Ross’ new relationship. However, eventually, she realizes that Ross is happy with Julie.

As revealed on Good Morning America in 2017, “The One With Ross’s New Girlfriend” is the favorite episode of Matthew Perry. Perry revealed that his favorite one-liner comes from this episode. When Joey was unable to remember that how old he was when he got his first suit, he said, “I was 15. No, wait, 16. No, excuse me, 15.” To which Chandler replied, “Alright, when was 1990?”. So, that is why this episode is favorite of Matthew Perry.