There is no denying that FRIENDS is the most iconic and memorable sitcom. The show aired on television from 1994-2004 in a series of ten seasons. The show revolves around the lives of the six central characters’ careers, friendships, love lives, and much more. While the show witnessed a lot of ups and downs, it has been one of the most popular and loved shows ever since. The bond shared between the friends garners the most amount of love, and it still makes it as popular as it was. From Joey’s love for food and Monica’s cooking skills to Rachel and Ross’s relationship, the show is filled with innumerable memorable moments.

However, one thing that will always be the highlight of the show for us is Chandler Bing and Joey Tribbiani’s friendship. The duo shared the most amazing and strongest bond that made our hearts melt every time we saw them together. The two of them also known as “ChanOey” by the fans and set major friendship goals. From Joey being Chandler’s pillar of support to Chandler supporting Joey in every way possible, they were always there for each other. And because they were so popular, there are some interesting opinions of fans regarding the friendship of Chandler and Joey.

Speaking of that, we have listed for you some of the unpopular opinions of fans about Chandler and Joey. Let’s dig into it:

1) Joey And Chandler Should Have Ended Up Together

Considering how inherently homophobic a lot of the humor in FRIENDS actually is, this would have been a huge stretch. Still, the love between these two best buds was something quite interesting to watch. According to a Reddit user, they should have ended up together and explored their bromance. Undoubtedly, Chandler and Joey’s bromance is one of the best TV bromances.

2) They Taught Us So Many Life Lessons

3) Chandler Should Not Be So Materialistic

Remember the time when Joey bought a bracelet for Chandler that has “best buds” engraved in it? A Reddit user pointed out that it was utterly selfish of Chandler the way he reacted. Throughout the episode, he bitched about how disgusting the bracelet was. And when Joey bought BarcaLounger for both of them, Chandler was too happy to use it. Chandler should have considered Joey’s feelings behind the gift and not the gift itself.

4) Chandler Letting Joey Win At Cups Was Too Cute

Even though Chandler had a successful career as a ‘transponster,’ he wasn’t extremely wealthy. Despite that, he helped Joey with his every up and down. A Reddit user pointed out the time when Chandler played the game “Cups” so that he can help Joey financially and it was rather cute. Since Chandler was moving out to live with Monica, Joey had to bear all the expenses and he refused to take any help from Chandler. So, stepping up to help Joey was the sweetest thing to do.

5) With Joey And Chandler, The Term “Silly” Doesn’t Exist 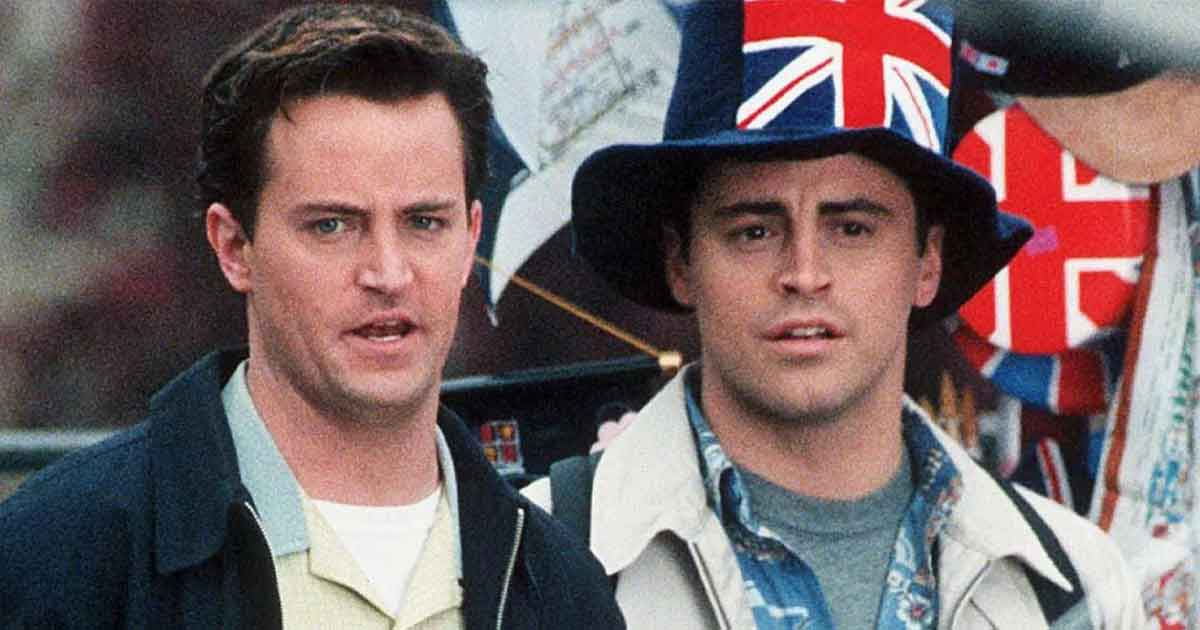 The duo, Joey and Chandler were never afraid to be themselves. Of course, unless they were trying to impress a girl. Then, that’s an entirely different story. A Reddit user wrote, “I aspire to ride into every room on a ceramic white dog statue and it’s all thanks to Joey and Chandler. They make silly things feel normal.” Everyone needs a little bit of silliness in their lives. We can surely call on Ken Adams and Mrs. Chanandler Bong for that.

6) Their Love For Animals Was Endearing

7) They Were Never Afraid To Flaunt Their Sensitive Side

These two had more meaningful hugs over the years than any of the other characters in the show. It surely says something about their friendship and bond with each other. A Quora user pointed out, “For all of their displays of machismo and their sarcastic remarks, Joey and Chandler did have a sensitive side and they weren’t afraid to flaunt it.” The user further continued, “At least to each other in the privacy of their apartment.” We can never forget their bear hugs or dancing hugs.

8) Joey And Chandler Can Be Comfortable Even In Embarrassing Situations

Remember when Monica got stung by a jellyfish and was rolling around on the ground in agony? And, do you also remember, who stepped up to help relieve her pain? Yes, you are right. Chandler and Joey stepped up with their pee to help Monica. And when Joey failed to do so, Chandler stepped up and did the deed. A Reddit user pointed out that the pair proudly confessed their willingness to pee on Monica and any one of their friends. It surely proves that the best friendships are formed through mutually embarrassing situations.

9) They Surely Can Be Amazing Dance Partners

Chandler dancing on random things is one of the most hilarious moments of the series. However, Joey is not much better in the dance department. Besides, a Reddit user wrote, “While the crazy moves of Joey and Chandler may not be the greatest in sitcom history, they definitely had their own thing going on. And, that is why they can be amazing dance partners.” Well, we couldn’t agree more.

10) The Unconditional Bromance Of The Duo is To Die For

Throughout the series, time and again, we have seen that the love of Chandler and Joey for each other is unconditional. A Reddit user wrote, “Even if you liked dinosaurs and Discovery Channel specials. Even if you didn’t invite them to your wedding. That’s how good of friends they are. And that’s what Chandler and Joey were.” Nothing can describe their bond and friendship this accurately.