You will remember FRIENDS as one of the best comedies of its era if you are a FRIENDS fan. It was a megahit that nonetheless possessed warm, a surprisingly soapy storytelling style, and relatable characters. It spawned some of the iconic hairstyles and catchphrases. Besides, Ross and Rachel’s will-they/won’t-they relationship was the most definitive one of the 90s. It is one of those TV shows that was timeless despite its ’90s and early 2000s trappings. From 1994 to 2004, the show has been a staple in local and cable syndication. However, it found a whole new generation of fans when it arrived on Netflix in 2015. 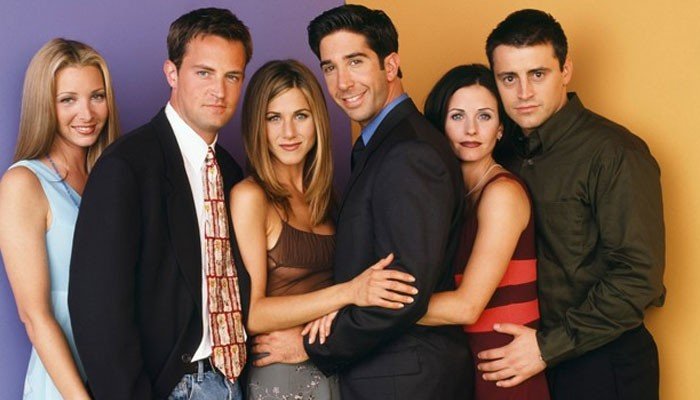 The new generation saw the adventures of six attractive New Yorkers who rarely seem to work but are somehow able to live in huge apartments. It became greater air of aspirational fantasy for the fans. However, it goes without saying that FRIENDS is surely a universally beloved show. Plenty of people criticized the show for its lack of diversity when it was airing. But, it has become a bit of a cottage industry in the 2010s.

Since it is been so long, let’s unpack a different side of the series’ legacy. Besides its glory, check out how it completely ruined TV comedy for a couple of decades.

When you make a list of the biggest hit comedies, FRIENDS will surely be there. However, there will also be “Two and a Half Men”, “Modern Family”, The Office”, and “Everybody loves Raymond”. Not to forget, “The big bang theory”. Apart from “Modern Family”, every show inspired legions of copycats to this day. To date, TV keeps tossing out parades of single 20- and 30-somethings. These shows just try to copy a show that left the air 15 years ago.

Undoubtedly, the success of “How I met your mother” gave the format new life, but even the shows that last past their first season such as “Happy Endings” and “New Girls” settle into a ratings-deprived state fairly quickly. These shows came and went so quickly that you won’t remember the majority of them. There have been shows like NBC’s “A to Z” and “Marry Me” throughout the 2010s that feel like FRIENDS.

The number of FRIENDS clones has tapered somewhat in the last couple of years. And, it is quite bad because one thing that is common in these series is that they flopped. That’s partly because this genre has a tendency to immediately develop into a conflict. Despite the copycats, FRIENDS will remain eternally entertaining to network executives because the format of the show promises something we love: YOUTH.

Undoubtedly, the network executives who have tried to continue copy FRIENDS ruined TV comedy. Even in its worst episodes, FRIENDS was a blast of fresh air, and the talented ensemble cast was fun to hang around with. However, it seems like FRIENDS became one of the last true TV megahits. That is when lots of network execs decided that they should make their own version. However, despite taking the shows all the minute things, they took only the most superficial elements of the show.

Interestingly, FRIENDS lasted well beyond the show’s run and even 15 years after the show went off the air. On the other hand, the other network executives can’t get it out of their heads that making new FRIENDS won’t be easy. Let’s take the makeup of the FRIENDS cast for instance. All six cast members were ridiculously hilarious and attractive. Conventional TV showed that pretty people often struggled with comedic timing. You will see that the sitcom casts of previous eras rarely had more than a couple of pretty members.

Undoubtedly, the cast of FRIENDS became stars in their own right and some of them even won Emmys for their extraordinary work on the show. Not to mention, it’s hard enough to find funny people generally, and when you add the restriction of also being the attractive people, it gets even harder. Once, Ken Levine, a longtime comedy writer wrote it on his blog in a 2013 post, “I’ve always believed that for comedies you cast the funniest people. And oftentimes those are not the most attractive.” He further added, “Today that would probably result in a big fight.”

Without any doubt, FRIENDS solidified the idea of long-term story arcs comedies with the success of its romances between Monica and Chandler and between Ross and Rachel. The show’s greatest structural innovation was in showing the will-they/won’t-they structure. It gave viewers something to watch the show week after week. Besides, it also gave the network big moments to promote. It goes without saying that it influenced nearly every comedy that airs on the screen today.

If you look back at the list of shows, you will see that all of them have long-running story arcs. FRIENDS proved that viewers would sometimes come back just to watch the romance between the characters or between the fights among them. It allowed for TV sitcoms to tackle more ambitious story structures. Earlier, executives forced these stories onto sitcom showrunners. However, currently, they’re simply a part of the genre’s language.

Besides, there is one primary reason that FRIENDS outsize influence was the slow collapse of network television. With the success of “New Girls” and “How I met your mother”, it was proved that this format can still be amazingly funny and successful. However, before resurfacing on Netflix or in reruns on TV Land, we often think of TV shows as discrete units that will eventually go off the air. Even though FRIENDS ended in 2004, it never really went off the air. Even now, the beautiful seeds of its influence are still sprouting all around us.

Are We Alone In This Universe? Or Are We Meeting Aliens Soon?